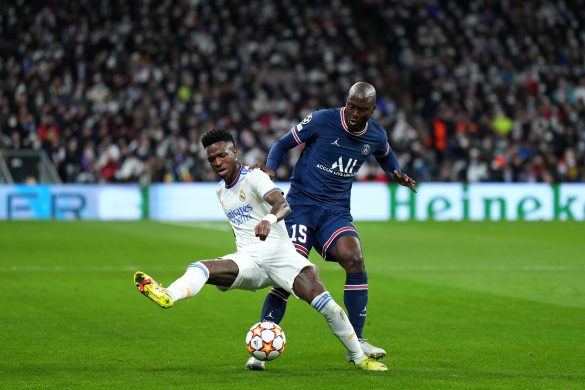 Julien Maynard is reporting that Real Madrid forward Vinicius Junior (21) is currently in advanced negotiations to renew his contract at the Spanish club, with his current deal set to expire in 2024.

According to Maynard, it is hoped that a deal will be concluded in the coming weeks. However, there remains one notable sticking point in the negotiations. Whilst Real Madrid are hoping to tie down the Brazilian until 2028, Vinicius is hoping for a shorter deal.

The Brazilian winger joined Real Madrid back in 2018 from Flamengo on a €45m deal. Since his arrival, he has played 117, scoring 36 goals and registering 43 assists. He has flourished during Madrid’s title-winning and Champions League-winning season and went on to score 22 goals in all competitions.

As a result, Real Madrid are looking to tie the Brazilian international to a long-term, six-year deal, although it remains to be seen whether Vinicius is willing to accept these terms.