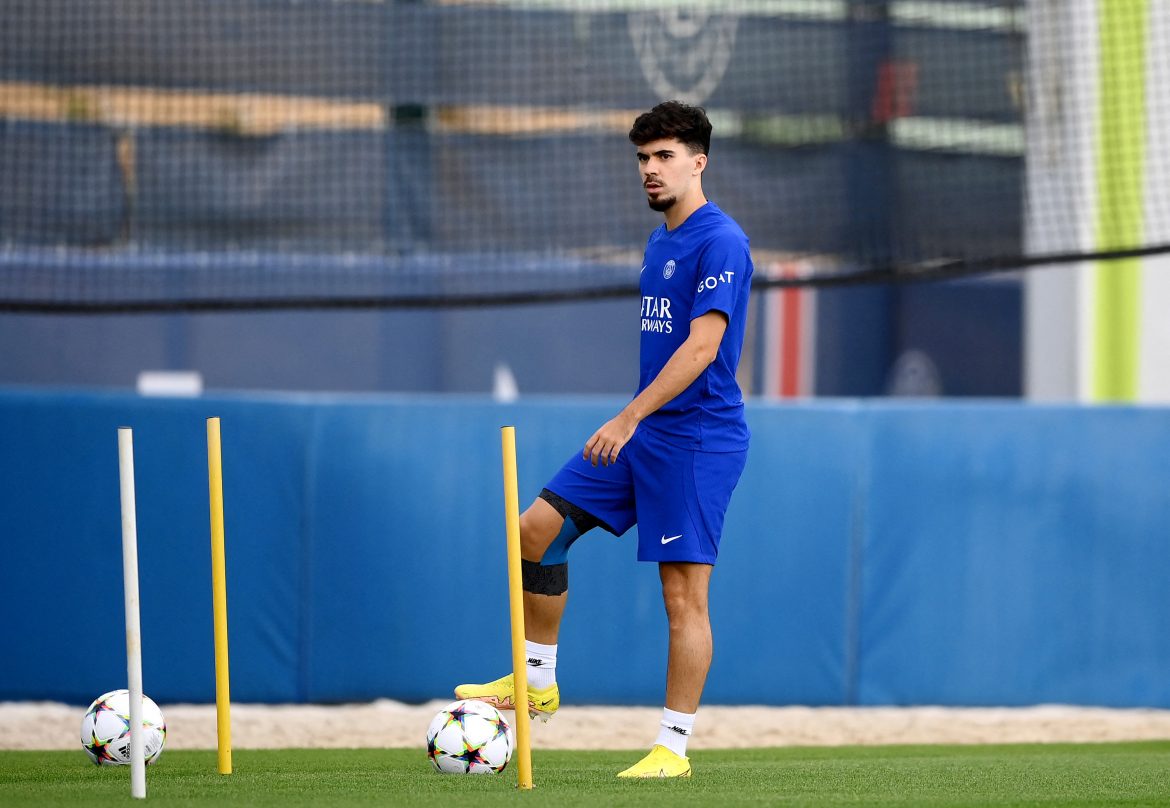 According to Le Parisien Paris Saint-Germain midfielder Vitinha is set to be in Christophe Galtier’s squad for their opening Champions League fixture against Juventus on Tuesday. Having participated in training on Monday morning, the Portuguese midfielder will figure amongst the 21 players chosen by Galtier to feature in what will be PSG’s sternest test yet of the season so far. PSG’s squad was also announced for the Champions League group stage – in which striker Mauro Icardi was left out of as a move away from the club nears.

Against Nantes, Vitinha suffered a knee injury during a high studded tackle from Fábio, who was then sent off for the Canaris in the game which saw the Parisians win 3-0. During the last training session, Vitinha appeared to have a knee strain. He first performed some individual exercises before joining the group for the rest of the session. He is optimistic that he will be able to start the game, along with Marco Verratti in midfield.