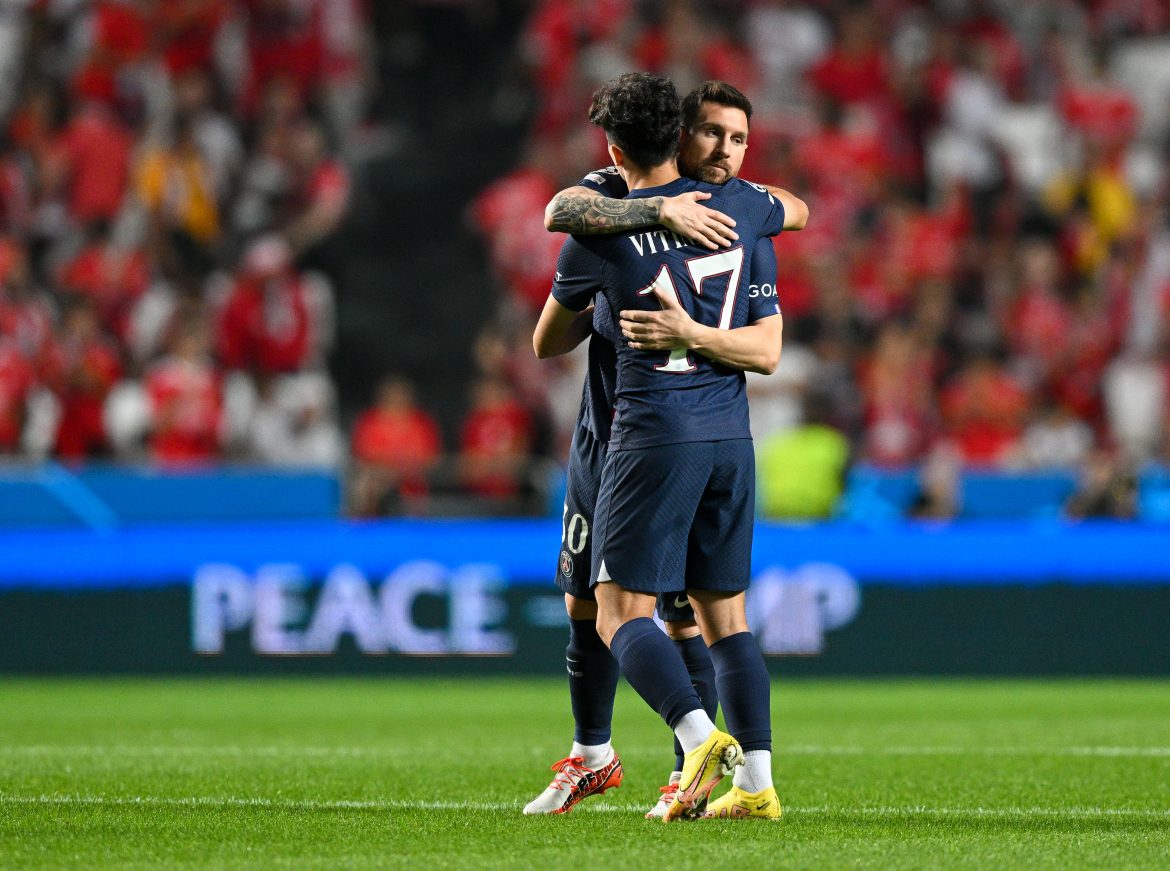 Speaking after Paris Saint-Germain’s draw in the Champions League against Benfica, midfielder Vitinha expressed his disappointment at the result as his team gave up their 100% record in the group stage.

The ex-Porto man was back in Portugal to face his former team’s arch rivals, in a game which saw Lionel Messi open the scoring in impressive fashion before the hosts finally made one of their chances count by equalising through a Danilo Pereira own goal just before the break.

“[The result] is below expectations. Benfica’s quality is not a surprise, they’re a lot better than last year. But we were expecting to go back with a different result, instead we’re returning with a draw. We have a match in Paris [next Tuesday] and we’ll do everything to show that we should have won the match tonight.”

“[…] The best would be to add the win. I know that I’m giving my answers on the pitch. I’ve been working hard but there’s no point in playing well if we don’t win. We wanted the win.”