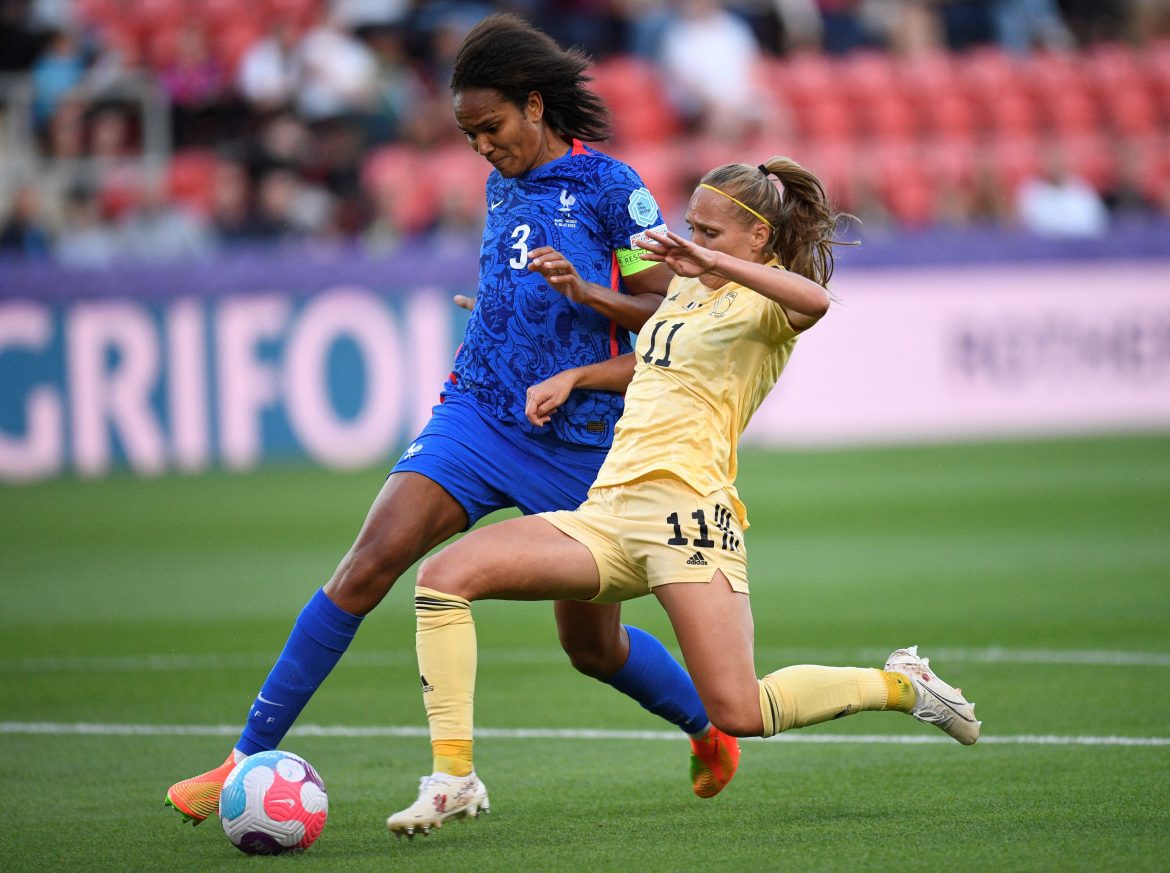 Ahead of France’s Euro 2022 quarter-final this evening against the Netherlands (who won the last edition in 2017), captain and serial Champions League winner Wendie Renard spoke to the press last night, with her words transcribed by L’Équipe. With France’s historic problems with quarter-finals on everyone’s lips (Les Bleues have fallen at this hurdle in every European Championship since 2009), the 32-year-old naturally discussed the supposed ‘curse’.

“We know we’ll have to suffer together, enjoy it together, play, relax, take risks. Everything we love to do when we’re on a football pitch. It’s a football match to be played. The history is there. They’ve been saying we can’t jump this hurdle for years, the questions have been there all week for several players in front of the media. Mentally we could have that in the back of our minds.”

“The objective will be to stay focussed on the game. I’m a competitor, the past is part of my story as well as that of the French team. It’s together that we will change this narrative. We’ll have to make huge efforts to be concentrated from the first minute to the last. We’ll have to score, be clinical in both boxes. A new competition is starting. The beautiful game is great, efficiency even more so. We’ll have to be calm on the ball, control it, score goals and not concede any.”