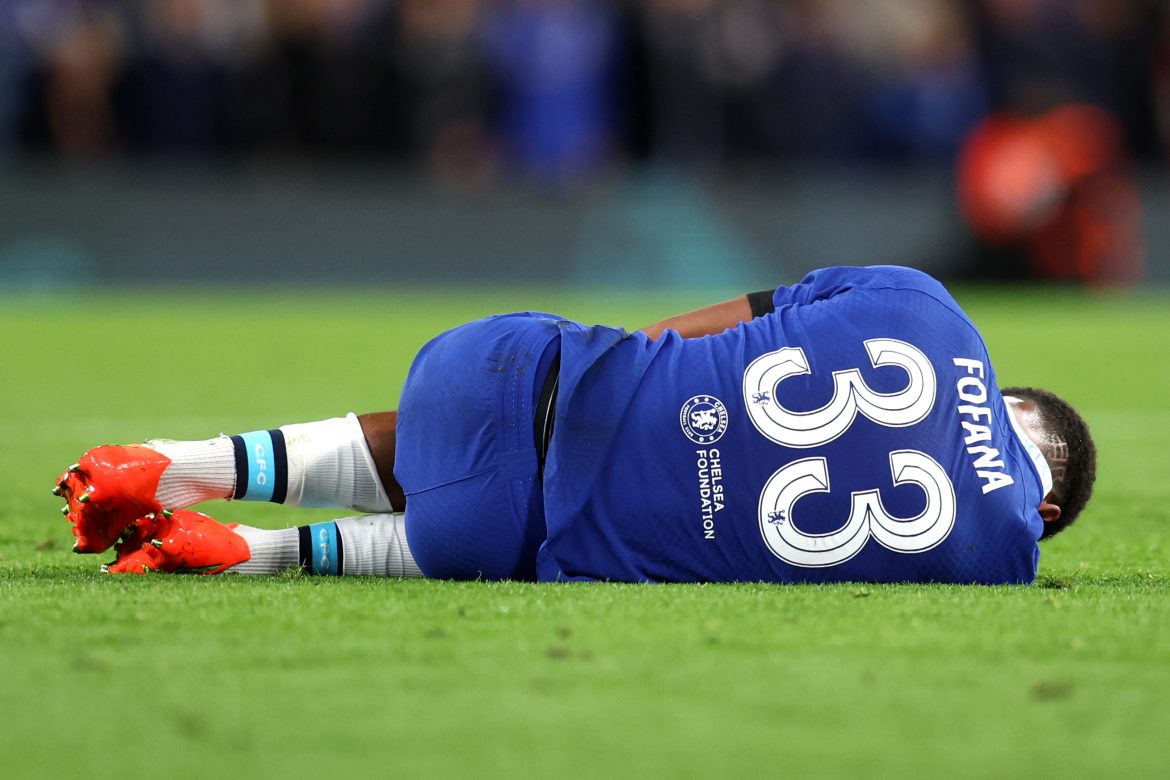 London’s Stamford Bridge hosted the Champions League encounter between Chelsea and Milan on Wednesday evening. Although Chelsea secured a massive 3-0 win over the reigning Serie A champions, the knee injury to Wesley Fofana has left Chelsea manager Graham Potter in a disjointed condition.

As reported by Foot Mercato, Fofana started the game well against Stefano Pioli’s team. The 21-year-old Frenchman won a few duels against Rafael Leão in the early minutes of the match and was looking solid.

Chelsea even scored the opener through Fofana in the 24th minute of the match. But the defender needed medical attention after going down on the back of a duel between him and Leão.

After a thorough examination from the medical team at Stamford Bridge, it was decided that Fofana could not continue and was subsequently replaced by Trevoh Chalobah in the 38th minute of the game.

Goals from Pierre-Emerick Aubameyang and Reece James led Chelsea to a 3-0 victory. However, considering that Fofana had a prolonged spell of absence due to a knee injury during his days at Leicester City, the pain and tears—visible on his face after sustaining the knee injury on Wednesday evening—have put the prospect of him making France’s World Cup squad at risk.