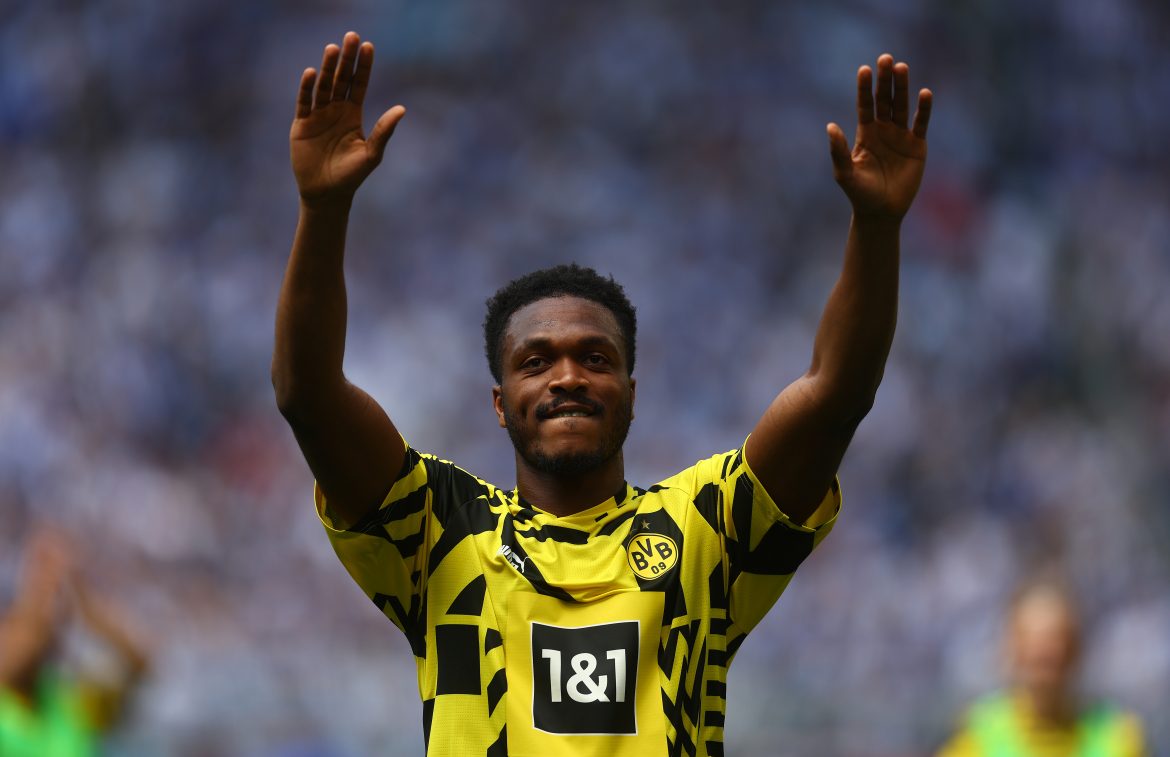 West Ham United are in pole position to sign free agent Dan-Axel Zagadou (23), however, they face competition from Ligue 1 side Lyon, according to Fabrice Hawkins.

Zagadou is a free agent having left Dortmund this summer. During his time at the German club, he made 67 Bundesliga appearances, but he found his time there heavily disrupted by injuries, including a knee injury that required surgery.

However, he is now looking to bounce back, and David Moyes is interested in the former France U21 centre-back. The London club are ready to offer him a four-year contract and are reportedly in “pole position” to sign him.

However, they may face competition from Lyon, who are looking to strengthen their defence. The Ligue 1 side enjoyed a promising start to the season, but have lost two on the bounce, including a 3-1 loss against Lorient. As a result, Peter Bosz is looking for further reinforcements in defensive areas to shore up the leaky defence.