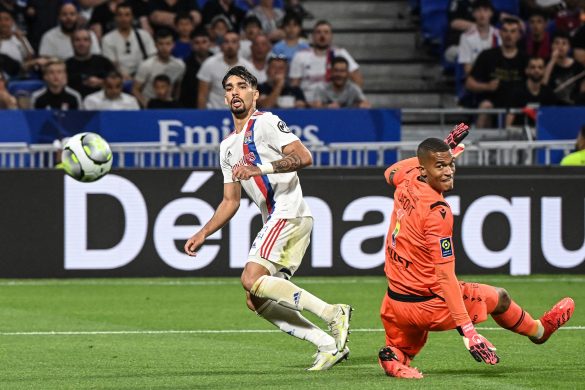 The Athletic journalist David Ornstein reports this afternoon that West Ham have made an opening bid in the region of €40m for Lyon attacking midfielder Lucas Paquetá.

Previous reports this summer had indicated that the former Milan man was garnering interest from a host of Premier League clubs, with Newcastle and Arsenal having notably kept an eye on him.

The Hammers are in talks with Lyon over the transfer fee and advancing over an agreement over personal terms with the Brazilian international.

Paquetá is said to be open to a move in the wake of Lyon’s disappointing 2021/22 campaign which saw them miss out on European football entirely, as the club finished in 8th in Ligue 1, even if he still has another three years left on his deal with the club. He scored 9 goals last year, the same as in the previous season, and notched five assists all the while featuring in the team’s Europa League campaign.