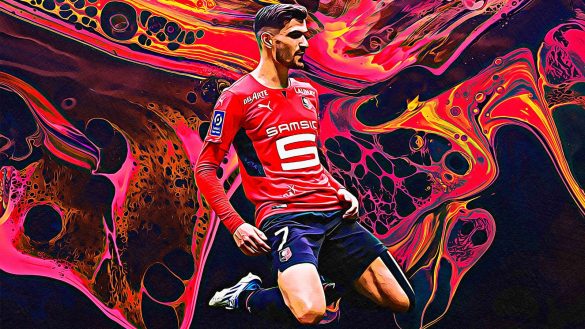 As reported by BUT, West Ham United are looking to recruit another forward this summer transfer window and their search has led them to Rennes’ attacker Martin Terrier.

The Hammers are very interested in signing the 25-year-old Frenchman, say the outlet, who managed 21 Ligue 1 goals last season and was identified as a potential signing during the many scouting trips to watch then-Rennes centre-back Nayef Aguerd, who the London club eventually signed for €35m earlier this summer.

However, the London club could be put off by Rennes’ €40m asking price for the former Strasbourg, Lille and Lyon man with West Ham still looking to strengthen in other areas of the team too.

Liverpool have also identified Terrier as a potential Roberto Firmino replacement this transfer window while Tottenham were reportedly monitoring the player at the end of last season after the player was pre-selected for June’s France international squad by Didier Deschamps.