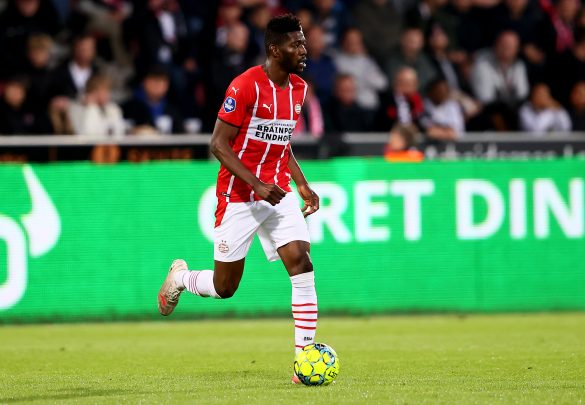 Foot Mercato report this afternoon that West Ham remain keen on signing PSV Eindhoven midfielder Ibrahim Sangaré, despite the former Toulouse man signing a contract extension to take his time at the club up to 2027.

The 24-year-old, who has been playing in The Netherlands for the last two years, making 89 appearances in all competitions and scoring 6 goals, while also registering nine assists.

West Ham had last week been looking to sign Lille’s Amadou Onana, but the Belgian international will instead move to Everton after the Toffees agreed a €40m fee including bonuses, in a deal that sees him join on a 5-year contract.

Sangaré, an Ivory Coast international, was also the subject of interest from Paris Saint-Germain, with the club in contacts in recent weeks according to sources contacted by Get French Football News.

Despite reports of the Ligue 1 champions going for a physically imposing player with Ligue 1 experience, the club will instead look to wrap up the signing of Fabián Ruiz, as broken this morning.