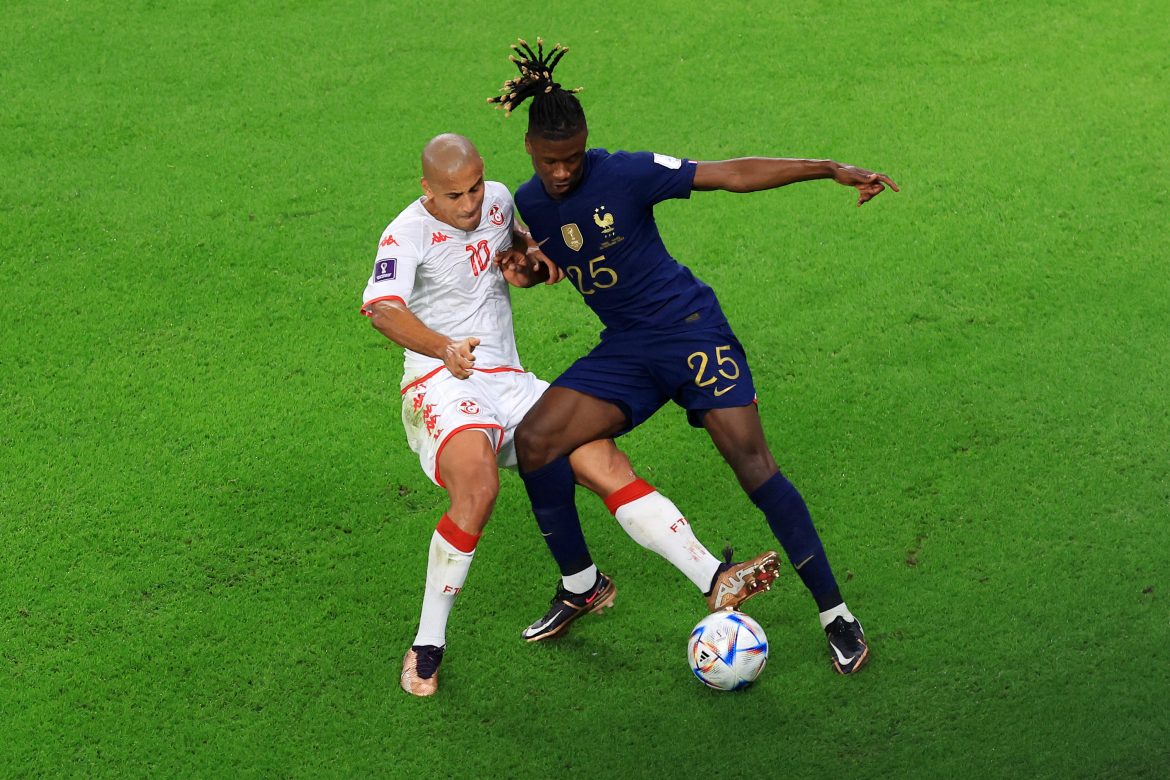 When Eduardo Camavinga thought about taking the field in the World Cup, he may not have envisioned it as a left-back. But against Tunisia, that is exactly what he did. While his debut at left-back was not necessarily a success, there were some very interesting statistics that made his performance worth taking another look.

Looking at his defensive numbers against Tunisia,  the experiment of putting Camavinga at fullback looks to have had some real positives. The French international put on a defensive clinic in the second half, and across the match totalled:  18 duels won, 11 tackles, 6 clearances and 3 interceptions.

In comparison, Theo Hernandez had only 8 duels won, 3 tackles and 1 interception during his full 90 minutes against Denmark. Theo obviously had better attacking statistics, but the comparison still holds value to highlight what type of performance Camavinga had on the defensive side of the ball.

What the Real Madrid youngster was able to do on the defensive side of the ball was subtly impressive. Camavinga may not have a long-term future at fullback, but he is an amazing talent and as Didier Deschamps said, “Something good happens every time he’s on the field.”