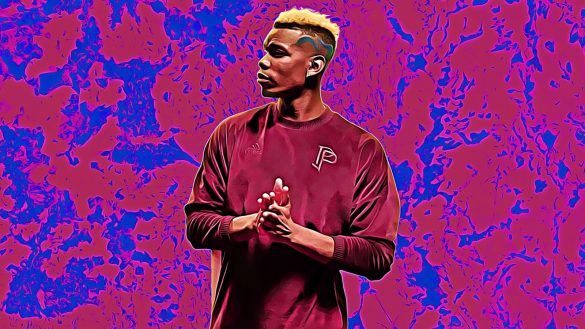 After their worst stretch of performances since the 2010 meltdown in South Africa, Les Bleus are limping towards the World Cup after a wave of injuries which pushed Didier Deschamps to call up some blossoming starlets of French football this month. After the dreadful Denmark defeat, Deschamps heads back to the drawing board. It wouldn’t be a French World Cup campaign without some drama but, even by French standards, preparations for Qatar have been chaotic.

After the squad announcement earlier this month, injuries snowballed. Theo Hernandez was replaced by Lucas Digne, who himself soon injured and swapped for Rennes breakout youngster Adrien Truffert at left-back. In midfield, both Paul Pogba and N’Golo Kante were side-lined with injury leaving Adrien Rabiot and youngsters Aurélien Tchouaméni, Eduardo Camavinga and Mattéo Guendouzi. Rabiot then also fell to injury and was replaced by Boubacar Kamara who was also swiftly injured too and replaced by Jordan Veretout. Hopefully, most will be back in time for the World Cup but their eventual preparedness remains a concern.

Injuries aside, France have won just once in six matches. Deschamps’ side have never been a possession-heavy team but have always been able to execute quick and decisive counterattacks at their best. Recently, however, France have done everything possible not to concede. As former national team midfielder Vikash Dhorasoo pointed out, the current three-man defence has struggled to impact games. Without centre-back offensive contributions, numerical superiority is lost by removing a midfielder who may have been more effective. Yet, with Raphaël Varane, Presnel Kimpembe, William Saliba and even Wesley Fofana, the centre-back position is the least of France’s worries.

Deschamps’ system, regardless of the formation, has always relied on the wide defenders. Benjamin Pavard is a high-quality player but Jonathan Clauss, built for the Deschamps system, might be the better right-wing-back option, providing much-needed pace and attacking threat. Whoever Deschamps picks, the full-backs will be key if France are to defend their title. Goals have also been a problem of late as Antoine Griezmann takes a deeper attacking role for France. Griezmann is best used as a secondary forward, connecting midfield and attack, but a true number ten role doesn’t suit him or France.

Recent games have also proven Paul Pogba can’t be replaced. The on-field role model for young players in his position, for France, Pogba falls somewhere between Patrick Vieira and Zinedine Zidane. Camavinga, Tchouaméni and others greatly benefit from observing and studying Pogba but, at his best – something he often produces for Les Bleus, he remains irreplaceable. Deschamps has said Pogba will need to be fully fit to make his World Cup squad. Some reports suggest he’ll be ready for Juventus’ Champions League match on October 25th, which will likely be a fitness test ahead of the squad announcement in early November. Few players move so elegantly on the ball while creating space and passing lanes that others simply can’t and when Pogba plays well, so do Les Bleus. Despite ongoing off-field issues with his brother and a potential clash with Kylian Mbappé as a result, for France’s sake on the field, Pogba needs to be fit this November.