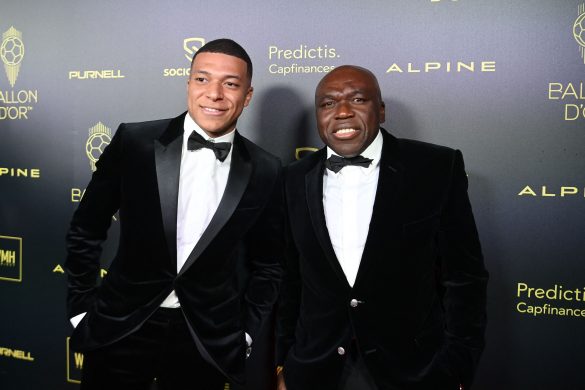 Wilfrid Mbappé was one of four fathers covered by L‘Équipe to give more background on players of the France National team. In an incredible behind-the-scenes look at the Mbappé family, we get a real picture of a young Kylian Mbappé’s life with his father.

Wilfrid is a true lover of the game and a player himself who took to coaching at a young age. In the piece, he spoke about his own father who not only forbade him from leaving to play outside of Paris, but pushed him to pursue other things. With Mbappé, the coach and father looked to give his son more freedom.

“I didn’t take Kylian with me right away. I wanted it to come from him, but because he was breaking everything at home while playing in the living room, I ended up taking him around 4 years old to a beginners’ series.”

The World Cup winner’s father was very transparent with his recount of his life with his son. He detailed the difficulty of drawing the line between father and coach, but even as his coach he knew his son was special.

“In fact, I tried to shape him to my vision of football … Selfishly, I wanted him to like ‘my’ football. I took him under my guardianship when I could have left him with another coach. But as I did for others, why not do it for my own? Soon enough, I realized he had something.

During a beginners’ tournament in Charny, near Auxerre, he made some nice moves and quite a few goals. We reached the final, but the leader of the opposite team complained about Kylian. ‘He does stuff a rookie can’t do!’ Yet, Kylian was the shortest of them all and by far. We had to show him his license. It’s the first time I said to myself ‘Hey, it’s not just me who noticed…’ Subsequently, I had him until U17, except for two seasons.”

His words paint a picture of a proud father watching his son develop as a player. While it was probably easier said than done, he explained how he separated the field from the home. Advice that may be helpful for even parents who do not coach their children.

“For an enthusiast like me, it was great to see him enjoying himself every weekend and impressing us. Frankly, I was more often a spectator than a coach. He was impressive. My only fight was to be the dad again when I got home. We both made a pact to not damage our relationship. We had to leave any football problems on the pitch. Even if there might be resentment, disappointment or anger. Everything had to stay outside the house.”

The difficulties of coaching and parenting eventually came to a boiling point. Wilfrid talked about being tougher on Kylian in an attempt to cover up any suspicions of preferential treatment to his son.

“The lesson became clear to me one day. We had to play an important match against Bobigny … At halftime, when we were losing 1-0, I exploded. Out of fifteen minutes of talk, there were thirteen for him. He remembers it. I had strong words for him. He still talks to me about it. (He laughs.) It took me a long time to realize that this obsession with not being seen as a coach who shows favoritism could sometimes lead too far. But he was not deaf. He heard … That day, we won 2-1, with a double from Kylian.”

Mbappé would then make his first big move to Monaco. Wilfrid’s experience with his own father who did not let him leave to play football may have shaped his willingness to make such a bold move with his son.

“Subsequently, he left for Monaco. There, on the outskirts of the professional world, we feared losing him a little. Because we had to share him with others. We no longer had control. Besides, it was the first time he had gone away from his family alone. I took a sabbatical year to accompany him. I told him: ‘If you don’t do anything, you will end up a pro.’ He answered me: ‘Ah well, you are Nostradamus?’ But I wanted him to sleep at the training center to help his adjustment… and probably avoid me having to feed him every day. (He laughs.) I was there at all the practices. It was part of the starting deal with ASM, just so that he felt I was nearby too.”

While at AS Monaco, the father found himself putting his coaching hat back on when his son ran into adversity for the first time at the pro level.

“While I don’t want to be judgmental, after seeing some parents on the sidelines, I didn’t want to follow some bad examples. It was a personal fight because it sometimes bothered me …With the problems encountered at the start in Monaco by Kylian, who found himself on the bench, the situation was complicated for me. It was his first trouble. He cried every day. But the hardest thing was that there was not too much explanation. I refused to intervene because I also put myself in the shoes of the coach, who doesn’t really like it when parents get involved.

His complicated path allowed him to bring out the devil who slept in him. The somewhat reserved little boy had given way to a determined, hardworking person who became aware that no one would give him any gifts. He matured and left childhood at 16…”

The rest of the Mbappé story is well known. However, where a player comes from is a huge part of who they are. Where we have seen other parents get in the way of their children’s success, Mbappé’s father’s experience as a coach allowed him to see things through those glasses. The boy from Bondy who was coached by his father has reached heights only a handful of players have gotten to. Not surprisingly, on the sideline still stands Wilfrid watching as a proud dad.