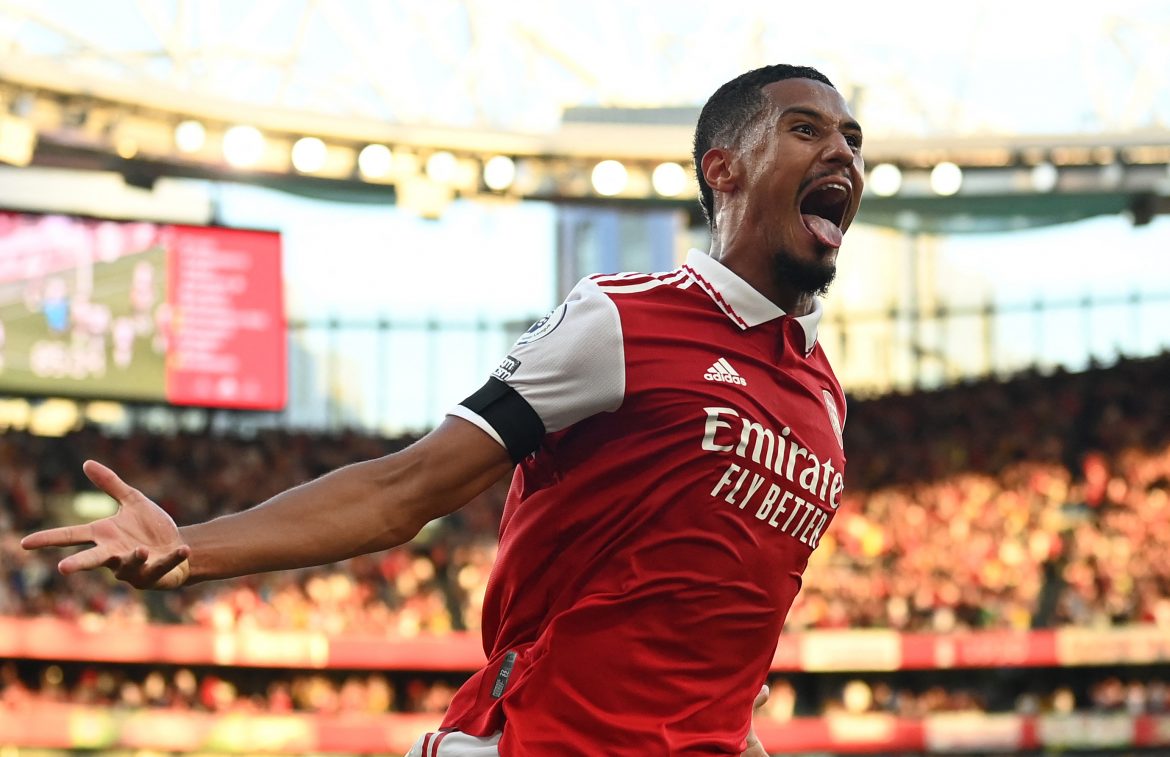 Speaking to Canal Plus, Arsenal centre-back William Saliba (21) spoke about his admiration for Mikel Arteta, the lessons he learned during multiple loan spells, the ‘Saliba chant’, and his World Cup aspirations.

Saliba returned to Arsenal this summer after a year on loan at Marseille. Despite signing for the Gunners back in July 2019, he had never played for the club and has been loaned back to French clubs on three occasions. That changed this season, as he has quickly asserted himself as a starter in Mikel Arteta’s defence.

“I came back here [to Arsenal] to impose myself and it’s nice to start well, as I have,” began Saliba. “We have had a very good start to the season until the match at Manchester [United]. We [were] first and we want to continue like that. As everyone knows, I didn’t play. For me, it was better to go away. I’m a young player and it’s always better to play and gain experience, make errors and learn. If you don’t play, you can’t progress. For me, going away for a year-and-a-half was good. I came back stronger, with new ambitions.”

Asked what he learned during his three loan spells, at Saint-Étienne, OGC Nice and Marseille, he joked, “That football is hard!” He continued. “[I also learned] That you have to keep working and never throw in the towel.”

Saliba also spoke in glowing terms about manager Arteta: “We spoke a bit at the beginning of the season. He was happy with what I did whilst on loan. He’s a very good coach, who really knows what he’s doing. He is clear in everything that he says. He has helped me integrate quickly into this system of play. Every day he gives advice to be better on the pitch.”

On the own goal: It was all going well, and it’s a pain when you score an own goal. I stayed focused until the end of the match. There was still time left in the match, so you can’t give up. If you win, then the own goal doesn’t matter as much as if you draw. Luckily, it went well, and then next week I scored at the right end.

On his goal against Bournemouth, he said, “It was a beautiful goal and it was great to score my first goal quickly for Arsenal. I am re-finding my shooting boots a bit because as a defender, it had been a while since I had had a shot. I’m hoping to score many more like that.

During the interview, he also spoke about the ‘Saliba chant.’ “It makes me happy when the fans chant my name like that. Since the Bournemouth game, they’ve been singing it every match, and it gives me a lot of strength, and make me want to give something back by playing well and working hard. It’s sung in the dressing room every week, just to tease me a bit.”

He also revealed his ambitions to play in the World Cup with France. “It’s a dream to be selected, and once you’ve been selected once, you have just one wish and it’s to be at each national team meeting because it’s incredible to represent your country. It depends on a lot of things (going to the World Cup). Playing well at Arsenal improves my chances, but it guarantees nothing. You always have to do more and of course, there are lots of French central defenders. In any case, I’m going to give everything to be there!”