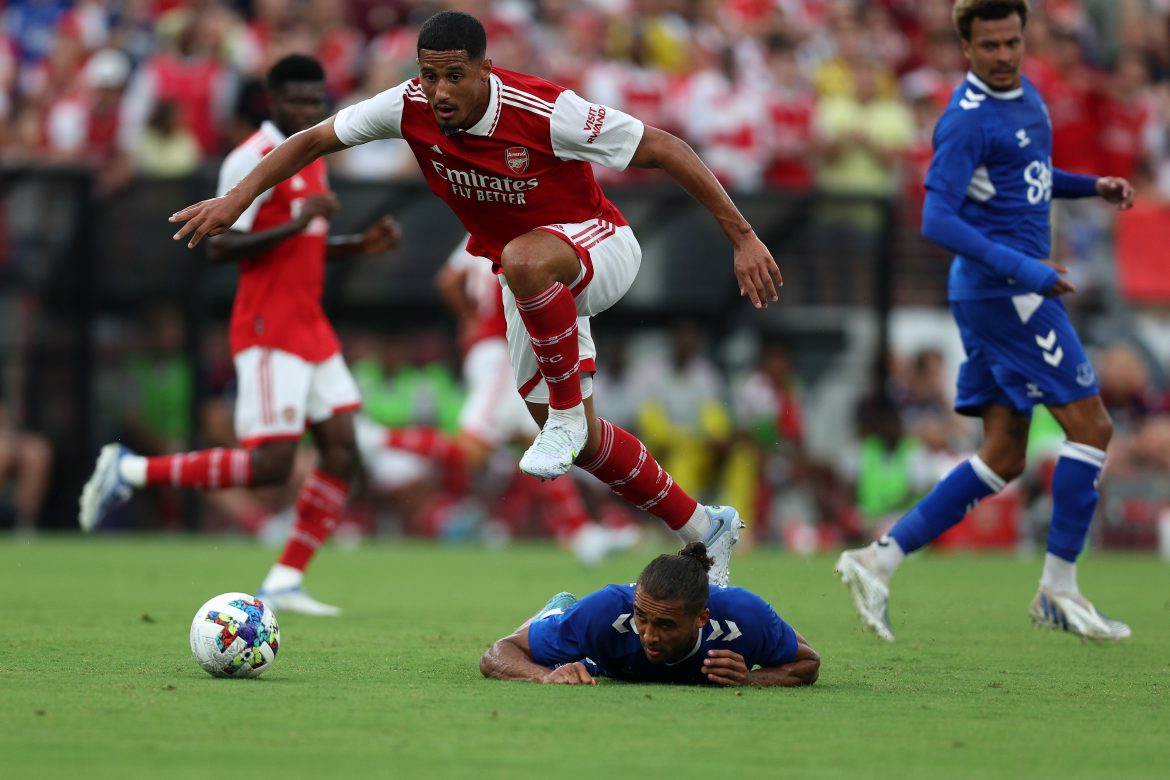 French international William Saliba made his second appearance in Arsenal colours, his first since returning from his successful loan spell at Marseille last season, in last night’s 2-0 friendly win over Everton in Baltimore.

The former Saint-Étienne man played 71 minutes. Speaking before the match to the club’s official website, Ligue 1’s young player of the year appears to have ruled out a return to the Vélodrome:

“[…]  My plan is to fight and work with the team, win as much as possible, and grow more. It feels good to be back and starting pre-season. I’m so excited to continue training and playing in the friendly games. It’s important to be here with the fans, as well as my teammates.”

Marseille have been clear in their ambition of bringing the defender back to the club for at least another season, but that the decision was solely in the hands of the Gunners, as his parent club.

Saliba himself had previously stated that would not be against the idea, although Arsenal manager Mikel Arteta went on to tell RMC Sport that he wanted the centre-back to return to the club ahead of the new season.