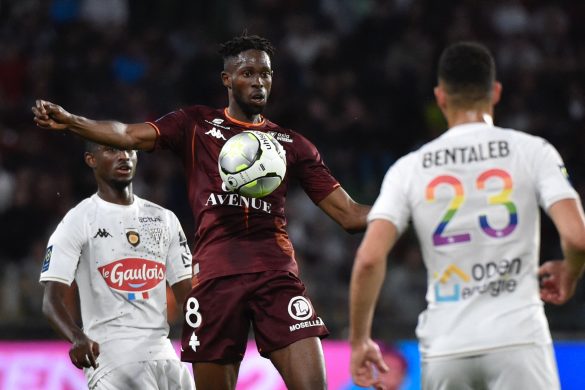 As reported by Le Républicain Lorrain, despite being relegated at the end of last season from Ligue 1, Metz are receiving considerable interest in their midfielder Boubacar Traoré from the Premier League and other clubs this summer window.

The promising 20-year-old Malian central midfielder impressed when given the chance for Metz in Ligue 1 last season, despite their struggles at the bottom of the table. His form was enough to convince Wolverhampton Wanderers to offer €13m for the player as early as January, an offer which was rebuffed by Metz who were looking for €20m to allow him to leave with the midfielder’s current contract running to 2024.

The English club are still pursuing the youngster but Metz’s relegation has significantly changed the nature of the deal. Now Metz are looking at either an immediate sale of between €6m and €8m or a loan deal with a €10m compulsory option to buy. However Metz may yet see the price driven up by Lille, who are also in contact over a move, and AC Milan who are also closely tracking the 20-year-old.