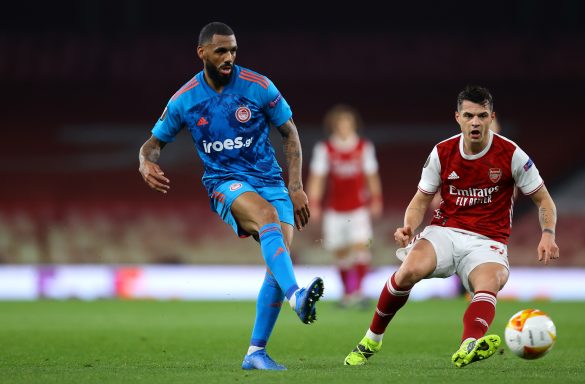 In an interview with L’Équipe, Olympiacos midfielder Yann M’Vila (32) said that he believes he can make the France squad for the upcoming World Cup, despite never being selected by Didier Deschamps and not featuring for Les Bleus since Euro 2012.

Former Rennes, Inter Milan, Sunderland and Saint-Étienne midfielder is in his third year at Greek side Olympiacos. Capped by France on 22 occasions, M’Vila believes he has become a more mature player and believes he isn’t out of the frame for a World Cup spot. Injuries to N’Golo Kanté and Paul Pogba leave Les Bleus with a crisis in their midfield.

“I definitely believe [I can return to the French national team]. It is a source of pride to wear France’s colours. My 22 caps give me the desire to play. I am very attached to my country, and I am ready to give the best of myself. Even on foot, from Greece, I’ll come,” said M’Vila.

He continued, “The French national team has helped me become the player I am and to be honest, I still believe I can make the World Cup.”