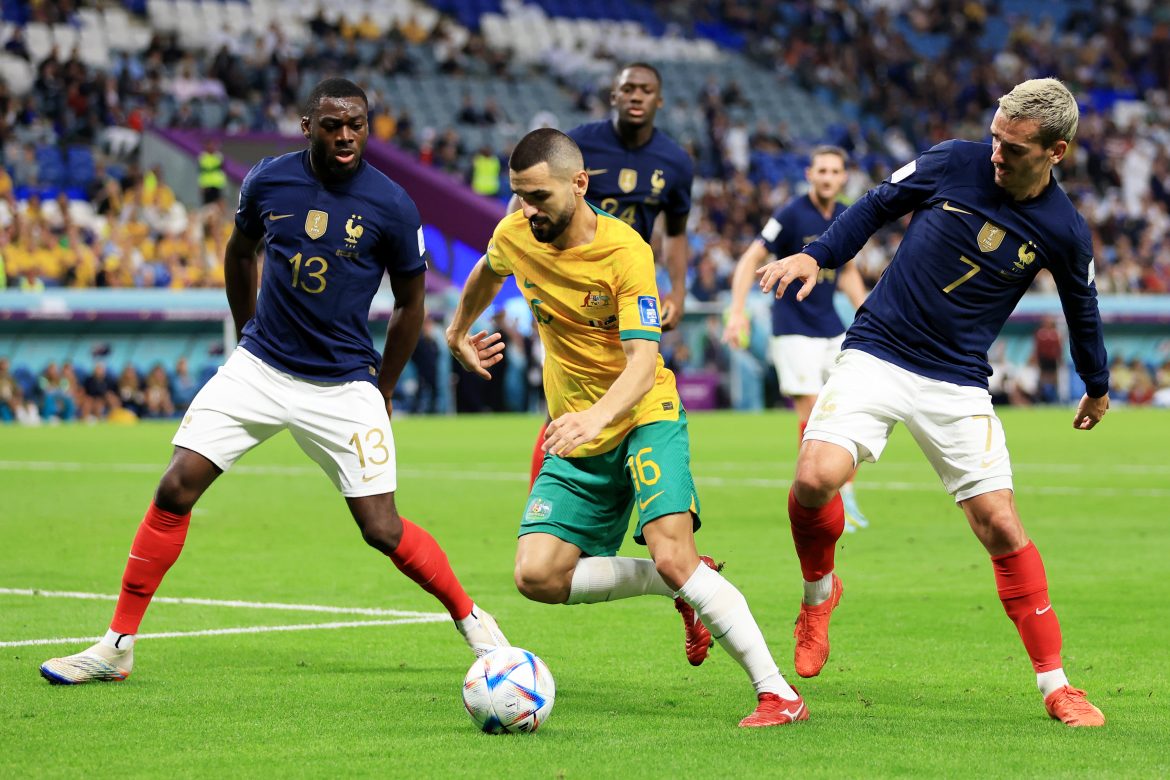 L’Équipe report this morning that the mood in the France squad is upbeat in the wake of their qualification for the World Cup knockout stage, with even the players who have not been involved on the pitch yet fully invested in Didier Deschamps’ project.

One example of this is Monaco midfielder Youssouf Fofana giving Antoine Griezmann advice on his midfield positioning, with the Atlético Madrid man having been moved further back into a defensive-minded role for the tournament. Griezmann has been attentive to the 23-year-old’s advice, with his new role seeing him playing alongside Adrien Rabiot and Aurélien Tchouaméni in France’s midfield three.

Another example would be the prominence of Mattéo Guendouzi and Benjamin Pavard in the celebrations after the win over Denmark – despite the former being yet to play and the latter having lost his spot in the starting lineup, being dropped for Jules Koundé after his middling performance against Australia.