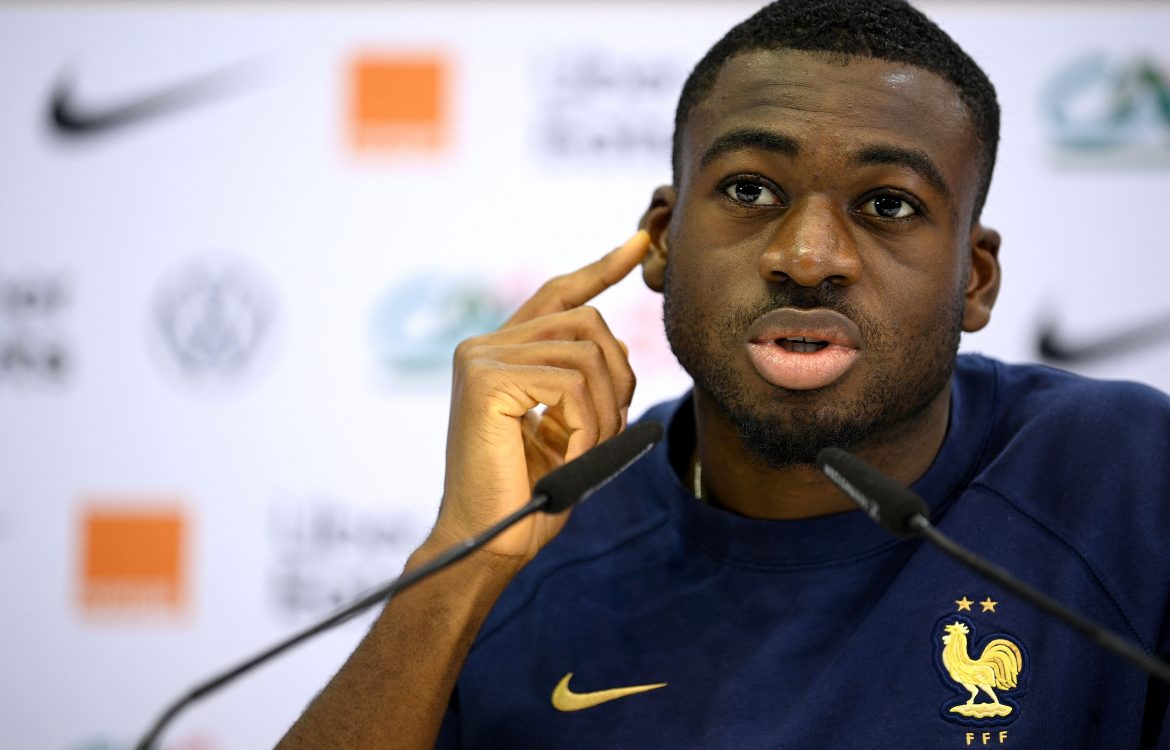 France and Monaco midfielder, Youssouf Fofana, spoke at a pre-match press conference about some of the key figures in Les Bleus upcoming World Cup clash with their longtime rival, England.

In a response that was transcribed by RMC the young midfielder had this to say about playing England in the quarter-finals, “They’re kind of our neighbours, we’re quite close in terms of culture, etc. It’s a great team, with incredible individualities. We’ve seen it since the Euros, they’re constantly progressing. It will be a great match.“

One battle, or at least a showcase of two young star midfielders, that may determine their countries success is the one between Aurélien Tchouaméni and Jude Bellingham. Both youth stars have been excellent in this World Cup. On Dortmund’s star young midfielder Fofana stated, “I often watch him, because I haven’t yet had the chance to play in the Champions League, he is progressing, he has passed a milestone for his club. It will be a good duel with a youngster on our side who has also passed a milestone.”

As good as Tchouaméni has been for club and country his former Monaco teammate felt that what he actually does on the field is undervalued, stating, “We play ‘show’ football. When a player is not putting on a spectacle, for some he is just there on the pitch, then there must be 11 of us while he is doing monumental work behind the scenes, he allows others to project themselves. His work is not highlighted enough when it is very constant.”

The marquee matchup everyone is speculating on is the one between Kyle Walker and Kylian Mbappé. The Monaco man was clear about his alumni’s intentions during this competition. “Kylian doesn’t watch the press, sorry for you! He doesn’t watch what you say, he’s focused on his game. He’s focused on what the team has to do and what he has to do. I feel that he is very calm and determined.“

He also spoke about the man who will be tasked with putting a stop to the World Cup’s leading goal scorer, “It’s all to his credit if he knows how to stop Kylian, but there are 19 Ligue 1 teams waiting for the answer… (laughs) The truth is out there, we’ll see what happens. We have confidence in Kylian.“

A less discussed matchup that plays a role in not only World Cup, but football in general is which team has the better bench. The French midfielder was asked that very question stating, “Is the bench of the Blues weaker than that of the English? Everyone gives their opinion. It will be up to us to prove the contrary.“