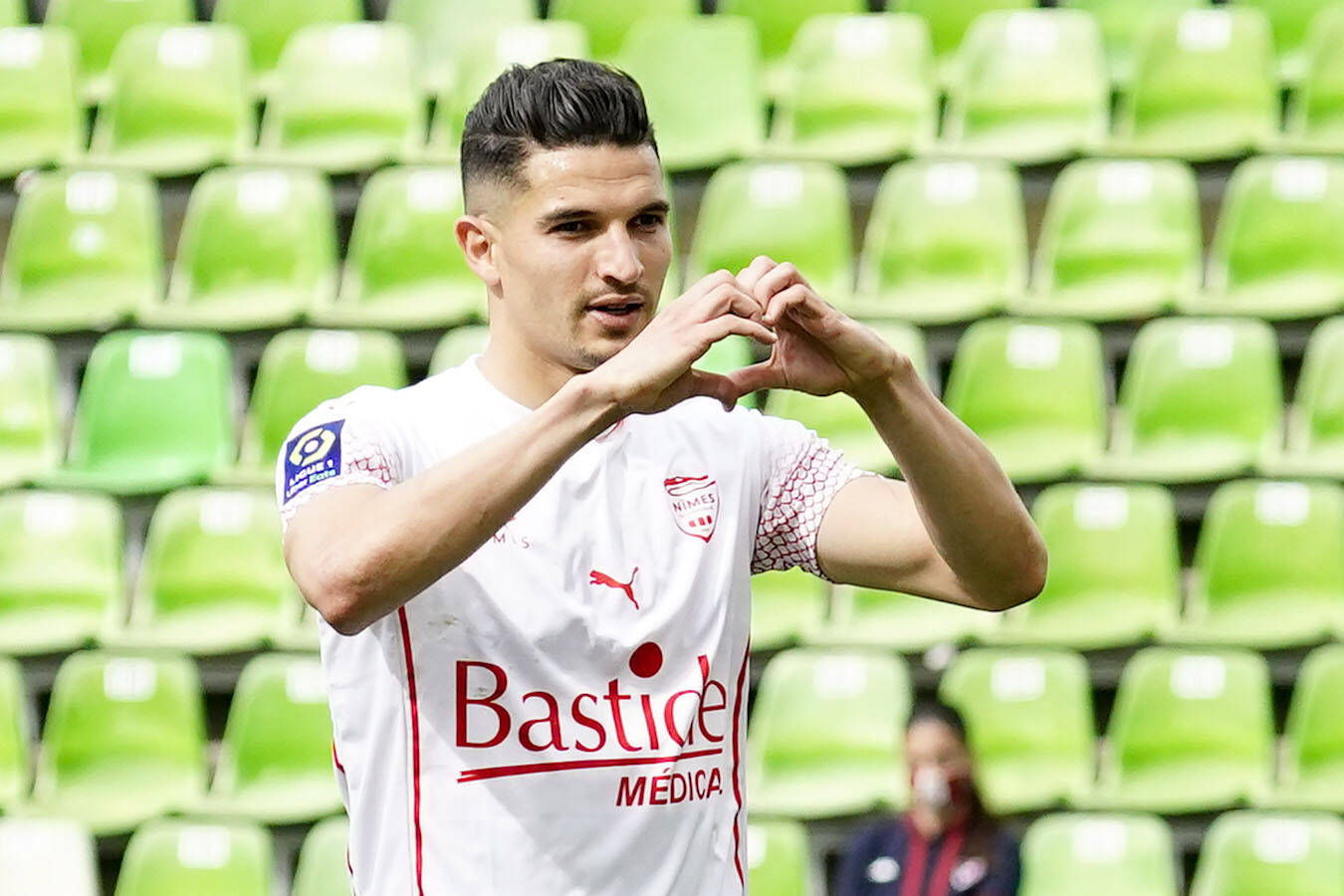 As reported by L’Équipe, Nîmes’ soon-to-be out of contract attacking midfielder Zinedine Ferhat has rejected the chance to sign for recently relegated Saint-Etienne this summer.

Having impressed in Ligue 1 after signing from Le Havre, the Algerian has floundered in Ligue 2 this season after Nîmes’ relegation, due to injuries and a desire to leave. A move couldn’t be found despite Trabzonspor, Celtic, Montpellier, Saint-Étienne, Angers and Lorient all being interested in January, after further interest last summer.

The 29-year-old has rejected Les Verts’ latest attempt to sign him this week with his deal with Nîmes coming to an end because he wants to play in Ligue 1 again. The player also asked for a €100,000 gross salary per month. Angers, Brest, Lorient and a Turkish club have all expressed an interest in the player of late.