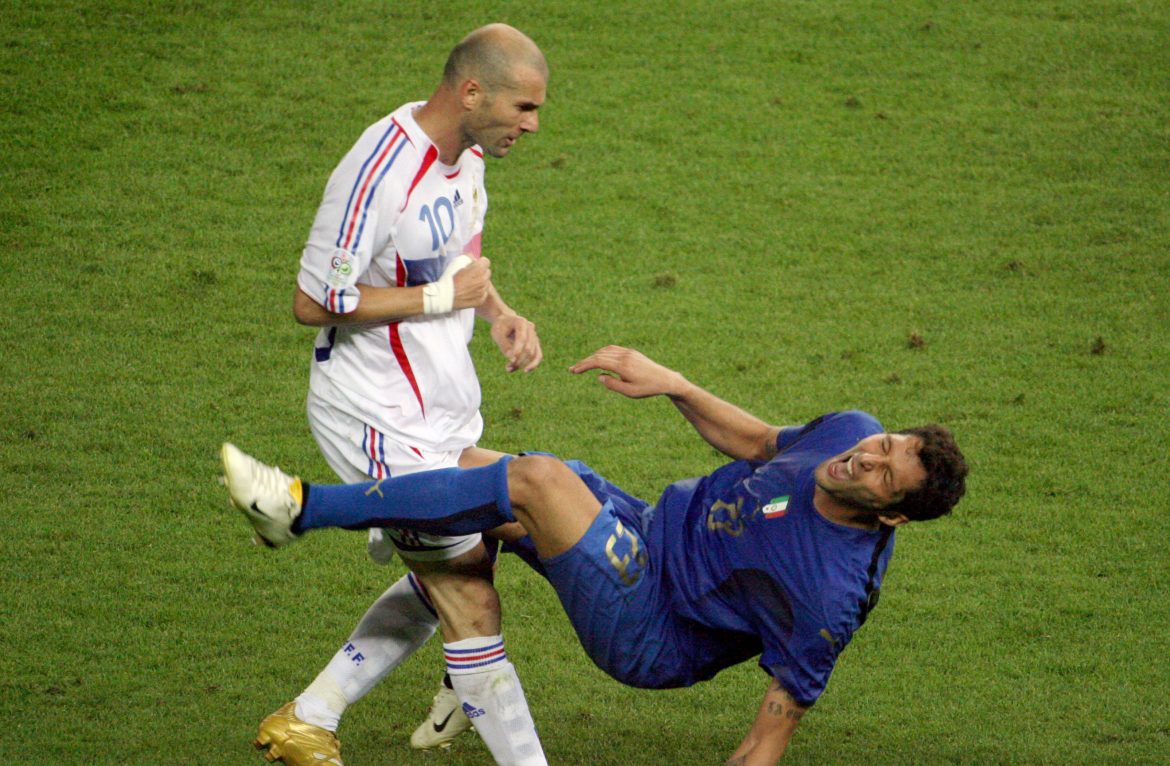 In an interview broadcast on Téléfoot ahead of his 50th birthday, French midfield legend Zinédine Zidane looked back on a successful career, and notably spoke about the controversial circumstances in which his final game ended, in the 2006 World Cup final against Italy.

The former Real Madrid man explained that he was not proud of his headbutt provoked by Marco Materazzi which led to his sending off, but that he considered it a part of his journey in life and something that could not be changed.

“I’m not proud of what I did, once again, but it’s part of my journey. I will say that in a person’s life, they don’t do everything perfectly and it’s true that I’ve had times where it’s been difficult, and that’s a part of it.”

“I think [Bixente] Lizarazu [his ex-teammate from Bordeaux and with Les Bleus] is the only one who could have held me back. Yes, he would have been important that night, had he been by my side, even if in any case you can’t change the past.”

Lizarazu – who had retired from the national team in 2004 – was also interviewed regarding the final and Zidane’s state of mind:

“He was in an extreme emotional state, because it was his final game, his final competition, because after that he was going to stop playing football. I think a lot of things were overwhelmed in his head, on top of the fact he was verbally assaulted by an opponent. We would have been able to feel his anger and defuse it.”