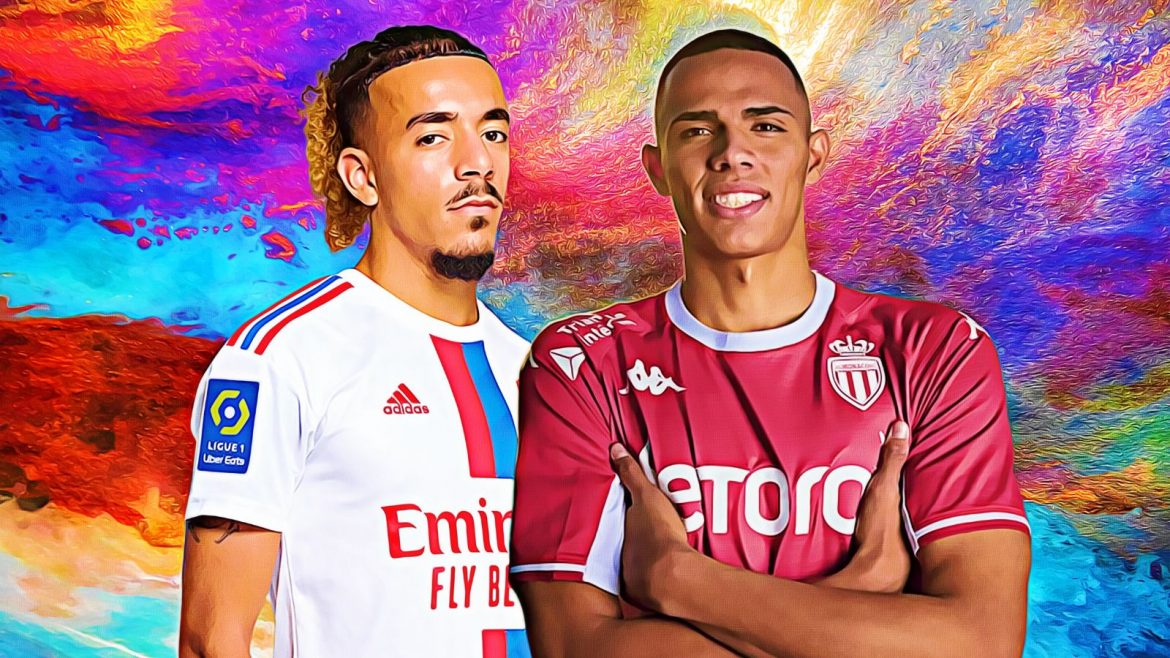 For the second time this transfer window, Chelsea are turning to Ligue 1 in their search for a defender. The club have already signed AS Monaco’s Benoît Badiashile, and the early signs would suggest that transfer to be a good bit of business, especially considering the cost and experience of the French international. However, should they be returning to raid the Principality club again and sign Vanderson instead of Olympique Lyonnais’ Malo Gusto?

It is clear that Gusto is Chelsea’s priority. The France U21 international would arrive at Stamford Bridge and find himself in competition for a starting spot with Reece James. That is no easy task and with the Englishman expected to return from injury in the coming weeks, Gusto could find gametime limited, despite the reported guarantees that he has received from the club.

Gusto, unlike Vanderson, feels much more pigeonholed as a player. Possessing a unique set of abilities, Gusto is undoubtedly a right-wing-back, rather than a right-back, and his error proneness and questionable defensive positioning would leave him susceptible to being targeted by opposition defences should he play in a back four.

The upside to Gusto is his offensive output. He is an adept crosser of the ball, and a creative presence in the attacking third, on the overlap rather than the underlap. He is also an aggressive defender, who likes to win the ball high, and create chances through dangerous turnovers, although this facet of his game can come to the detriment of the collective defensive effort at times.

Whilst talented and brimming with potential, Gusto has the feel of a one-dimensional player, which can’t be said about Vanderson. The Brazilian arrived from Grêmio just one year ago but took no time to settle into life in Ligue 1. During his first six months at the Principality club, he scored two goals and registered three assists.

However, Vanderson’s worth is not merely defined by a set of offensive statistics. His versatility is what makes him such an attractive option for any suitor. Like Gusto, Vanderson likes to play on the front foot and intercept in order to instigate attacks. However, the Brazilian is a more astute tackler, and also a better reader of the game, making him less prone to being caught out of position.

Despite being just 5″10, Vanderson is also an aerial presence in the defensive third. This, coupled with his defensive intelligence gives him the potential to also play in a back-four, or even as a right-sided centre-back in a back-three. His versatility would potentially give him more inroads and opportunities to pierce into the starting eleven than Gusto.

There is even, arguably, the chance of him playing in midfield. Vanderson is a brilliant progressor of the ball, but he is also great at receiving the ball and has this ubiquitous availability that alludes, potentially, to a future in midfield. Should his future lie there, he would have to become a more physical player than he currently is.

However, such a trajectory wouldn’t be surprising, and it isn’t even unprecedented. Vanderson, Monaco’s number three, could follow in the footsteps of Fabinho, Les Monégasques’ former number three, who, having played at right-back for the Principality side, made a name for himself as a midfielder at Liverpool.

Monaco manager Philippe Clement has previously said that tempering Vanderson’s high expectations of himself is a major part of the player’s development. The Belgian coach says that the Brazilian is a player that wants to see self-improvement on a daily basis, and who, if he could, “would train 18 hours a day.” Having such a mentality is important, and even a pre-requisite for a move to Chelsea, especially when considering the calibre of competition that he would be faced with. Vanderson isn’t Chelsea’s first choice or even a choice at all, but he certainly should be.