Exclusive | Pascal De Maesschalck: “I believe in a few years, we will be playing four or five academy players in the Monaco first-team.” 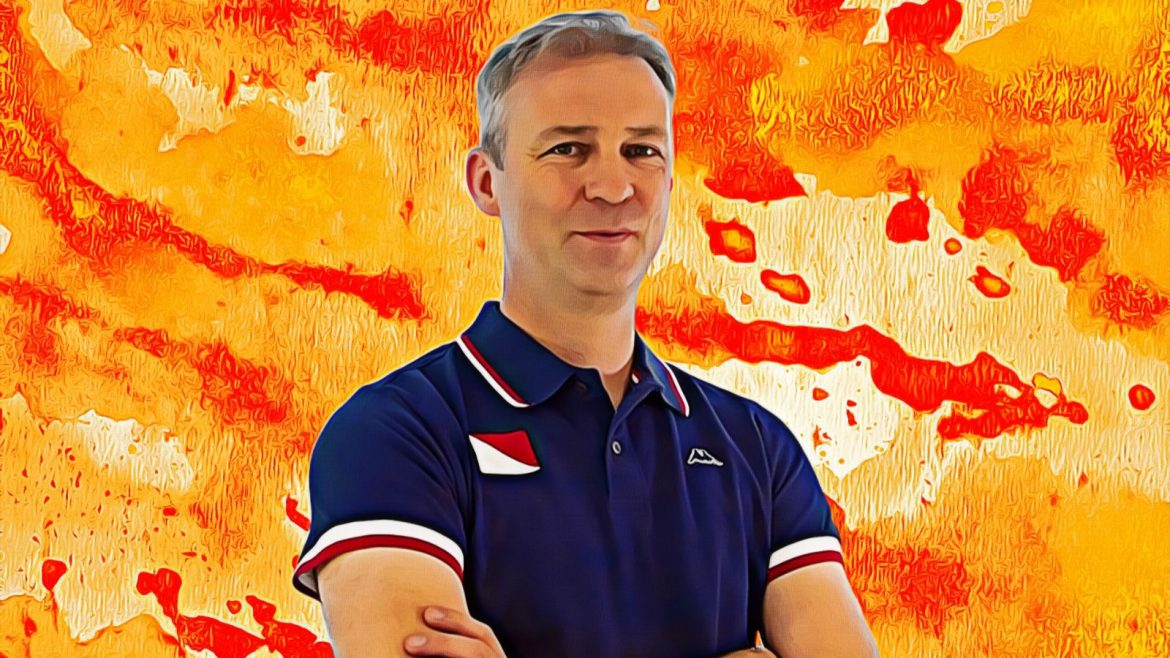 Since the integration of Eliesse Ben Seghir (17) into the first team set-up at AS Monaco, the spotlight has once again been on the Principality club’s academy. In an interview with Get French Football News’ Luke Entwistle, the club’s Director of Youth Development, Pascal De Maesschalck, spoke about the secret to the success of the academy, Ben Seghir’s potential, and the importance of competing in the Premier League International Cup.

AS Monaco is renowned for producing World Class academy products. To what do you attribute that success?

It all starts with good recruitment. You can’t have success without good players. That’s the work of our team of recruiters. In France, it is a global system of trying to get players from the age of 10, 13, and 14 to sign agreements. That gives you three years to work with them: from the age of 15 until the age of 18. We have a very good team of coaches from U17 level. It’s part of the DNA of Monaco to have the policy to do everything that is necessary to produce talent, that’s the factory part of it, but it starts with recruitment.

How do you turn that potential into a first-team player?

I come back to what we instilled this season: the Groupe Elite, which was created to optimise our work. At that moment it is a difficult time from 18-21, known in France as the post-formation (after training). What we do well is creating the connection. There are no doors closed to the first team. It is the installation of a political philosophy. I sit down with the management biweekly and we discuss many topics, including the talent.

The coach wants players who can feel matches and training at their level. 8 young players travelled to face Empoli and Fiorentina. They all played. We give them playing time. That’s how Ben Seghir at the beginning of November convinced the coach to be part of the first team. He could show himself. He saw him on video and said that this guy is really interesting. He then convinced Philippe to let him break into the starting 11.

If you want to become a player for Monaco, you need to be excellent, physical, technical, tactical, and mentally strong. If you’re good in four you might have an excellent career. I think Eliesse has the potential still to grow and to be excellent in these four aspects that are demanded of football.

Does the fact that youth players can really see a chance to break through into the first team help, not only mentally, but also tactically?

We give them the opportunity to discover. It is always a factor to see what the talent does with this information. We can’t make an obligation to any player to do this or that. We bring them into a position where they might learn. I think the last step of development is everything being high speed, and then you can make the evaluation of whether our young players are ready to make the step up. It takes time. It’s about seeing them learning, and you can then make a correct assessment.

Does the transparency at the club, and the interconnectedness between the academy side and the first team set-up accelerate development?

It is in our DNA to give young players a chance to play, French players in particular. In this club, it is very easy. Our directors and management try to watch the games live, so they see the evolution. The players are so well known because there are no barriers, no closed doors. You watch the players train, you watch them play, you watch the feedback and you see an evolution. The feedback is daily. Everyone at Monaco knows that young players are part of our future, and they always will be. It is so natural here. The process is very fluid, you don’t feel it because it is so natural.

There is constant feedback, which is very important. I’m very happy with our staff. Damien Perrinelle, who is the coach of the Elite Groupe was the assistant coach of the first team for three years, so he knows the demands. He was a former professional player, who played in a different culture as well.

Was it easy to convince you to join Monaco?

I feel that it is a unique environment here. I was convinced that here it was possible to work with young players and they can become successful in the first team. I believe in a few years, we will be playing four or five academy players in the Monaco first team.

What is Ben Seghir’s ceiling?

I wish I could say he will become the best player in the world because it’s in our interest. How good he will be is up to him to decide. He has every element. Now is the critical moment to manage himself, to stay humble, which he is, and to work on himself. Scoring twice on your Ligue 1 debut is an achievement, but doing that two times is a challenge. Being important consistently is a challenge. We will see how he reacts, but we are hopeful. We can’t put too much pressure on him at this moment, but he is an exciting player.

Soungoutou Magassa is the latest academy product to break into the first team. He has a very similar profile to Aurélien Tchouaméni. Do you think he could eventually replace the Real Madrid midfielder?

First of all, what is very clear is that every team at the club has their principles of play. We want to see something specific in the context of France, and our club wants to play in a certain way.  We speak in our weekly meetings with the academy coaches. It is about showing images of the first team and trying to emulate that style of play. Part of that process is also that we have profiles to play this system, to have these principles. What we do for sure is to give the players an opportunity to play. It is up to them to convince the coach every day that the coach can win games with them, and we put everything in place to make it possible.

How important has the club’s involvement in the Premier League International Cup been to the development of Monaco’s academy players?

It is important to integrate into other contexts, like playing against Premier League academies. If you play against Manchester United at Old Trafford in front of 10,000 people, it’s a challenge, a different type of pressure. It wasn’t something we could create last year. The experience is a thrill that motivates players even more and it is this aspect where I see a huge difference compared to last year.