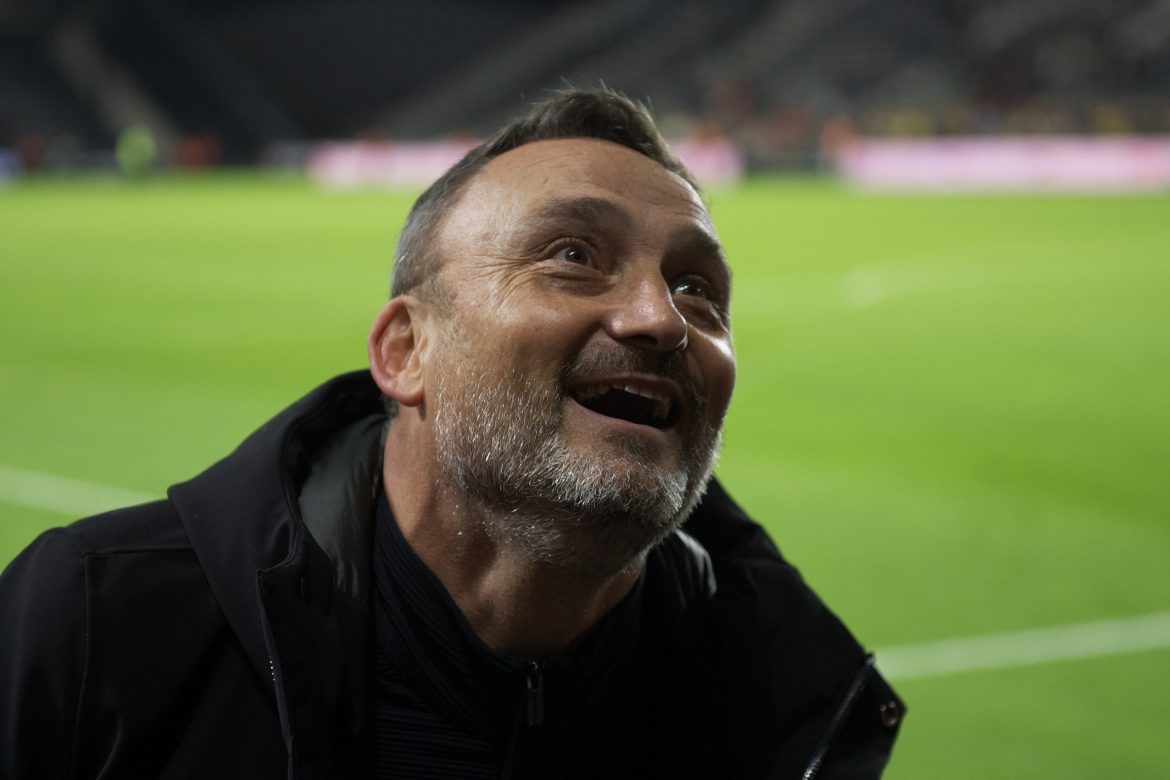 Speaking to RMC Sport following Lens’ Coupe de France qualification for the last 16 against Brest on Sunday evening (1-3) general manager Franck Haise said that he did not want to split priorities between the league and the cup, explaining that he wants his side to go 100% into both competitions.

When asked about whether he would rather reach the Champions League or win the Coupe de France with his Lens side by the end of the season, the Frenchman responded “I’m not going to make a choice between the two, we don’t need to. And we could also take both the Cup and the Champions League at the same time.”

Haise added that “In a cup match, the primary goal is to qualify, even if the performance isn’t always pretty,” adding that  “The team played were serious and efficient at the right moments. They were clinical on offence, which is very positive.”

Lens won 3-1 away at Brest thanks to an early goal from Wesley Saïd before an equaliser through Islam Slimani on the 19th minute. Fucundo Medina celebrated his contract extension with a goal on the 30th minute, before new-signing Adrien Thomasson scored on the 37th to put Lens out of sight for the remainder of the game.