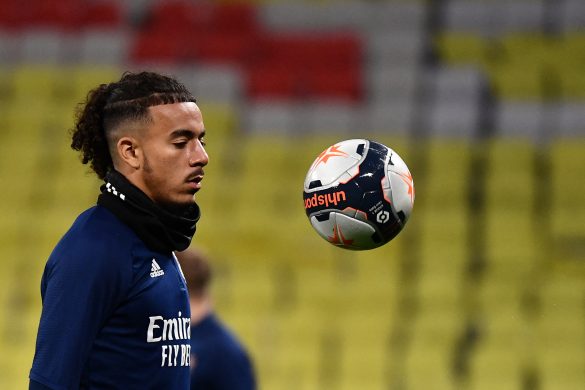 The French U21 International has been one of the very few players who stepped up for the Rhône outfit amid their troubled season. The Laurent Blanc-led side are currently in ninth place in the Ligue 1 standings, with hopes of European qualification fading away. On Saturday, Les Gones conceded at home their eighth loss of the season against relegation-battlers Strasbourg.

With Léo Dubois leaving for Turkish side Galatasaray last summer, Gusto has made Lyon’s right-back place his own with 15 Ligue 1 games played this season out of a possible 19. He registered one assist when OL humbled bottom-placed Angers during gameweek six. According to Foot Mercato, his consistency caught the eye of many European top clubs, including Bayern Munich, Chelsea, Tottenham, Juventus and Real Madrid. The outlet reports that Saudi-owned Newcastle United have entered the race for his signing, as the Magpies ponder “a huge proposal“.

In January 2022, Newcastle successfully purchased Brazilian OL midfielder Bruno Guimaraes with a €58m transfer fee including add-ons. Foot Mercato report that a deal during the January transfer window is unlikely, but Lyon are bracing themselves for a summer move as Gusto’s contract expires in June 2024. Lyon have reportedly value the player at €30m

Florian Thauvin may be headed back to Ligue 1