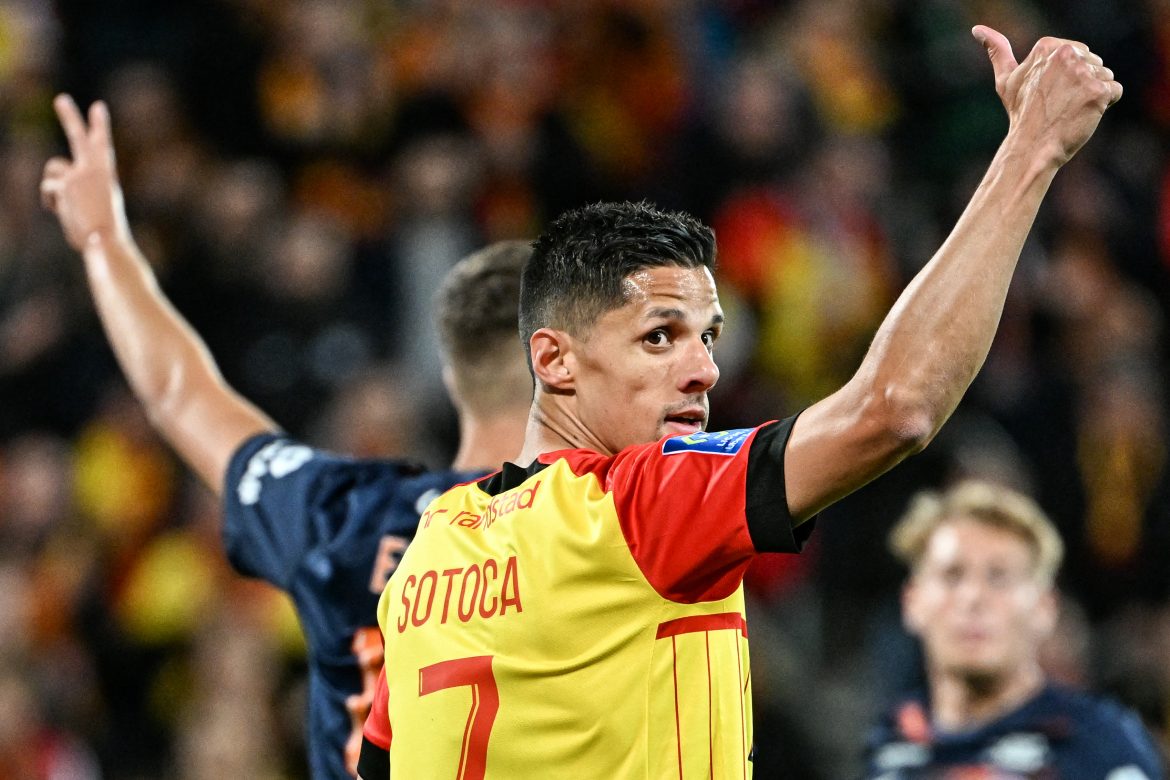 RC Lens have announced the contract extension of French striker Florian Sotoca (32). The scorer of six goals in 18 games, including a hat-trick against Stade Brestois, put pen to paper and is now tied with Les Sang-et-Or until 2026.

As is customary, the RC Lens squad crashed the contract extension and partied with the latest player to sign a long-term deal with the second-placed Ligue 1 outfit. Striker Wesley Saïd and centre-back Facundo Medina all renewed their contracts with Lens this January.

Sotoca, a reliable and versatile striker, is producing his best season to date and has already equalled his goal tally from last season. The Narbonne-born player joined the Nord outfit from Grenoble in 2019 and, with this new long-term deal, is set to retire at Lens as he will be 35 when his contract expires. The club’s focus will now switch to extending Jonathan Gradit’s and Devier Machado’s deals.