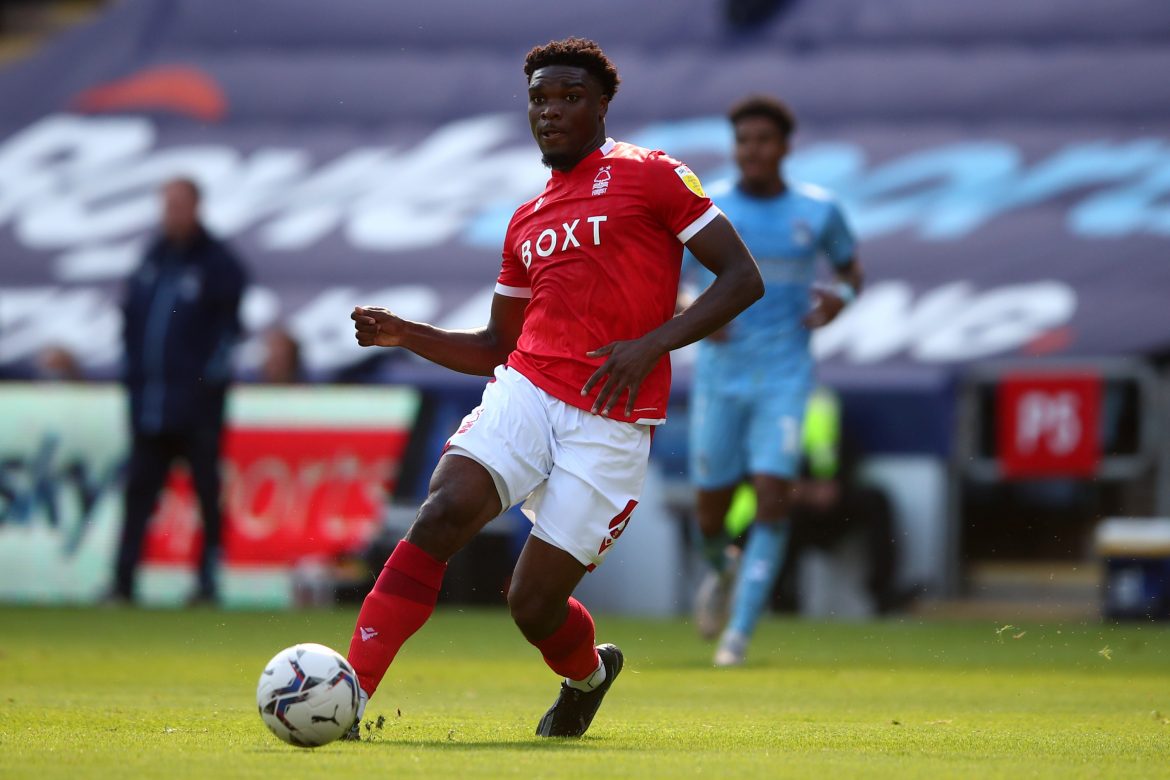 Ligue 2 side Guingamp have announced the loan signing of Nottingham Forest center-back Loïc Mbe Soh (21). The Brittany outfit, a struggling thirteenth-placed Ligue 2 side, have been negotiating for weeks with the Premier League side regarding the 21-year-old defender.

Mbe Soh joined the PSG academy aged twelve and was made skipper of the Thiago Motta-led U19 side. The Paris Saint-Germain youth product then left Les Parisiens for the then-Championship side in 2020, but Forest’s latest spending spree, which followed their Premier League promotion, left Mbe Soh out of Steve Cooper’s plans.

The Franco-Cameroonian has played only three games with Forest this season, including in a convincing a 3-0 win against Grimsby Town in the second round of the Carabao Cup. In search of game time, Mbe Soh have finally found a way out of Nottingham thanks to Guingamp, who he joins for the next six months. The Brittany outfit were in need of defensive reinforcements following Pierre Lemonnier’s ACL tear and Donatien Gomis’ ankle injury. Mbe Soh is expected to feature for Guingamp’s next Ligue 2 game on Saturday at Rodez.

West Ham U21 midfielder Pierre Ekwah to sign for Sunderland