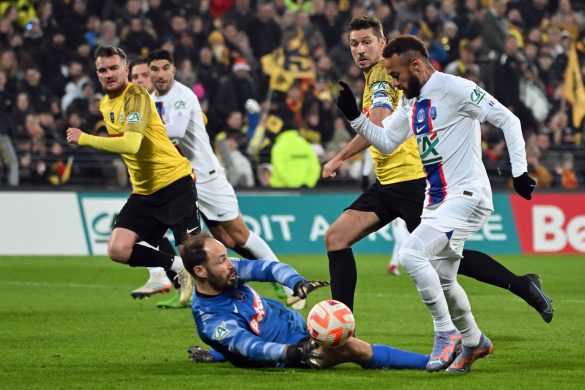 In an interview with Le Parisien, Pays de Cassel captain Alexis Zmijak has recounted his team’s Coupe de France outing against Paris Saint-Germain on Monday night, which saw the Ligue 1 leaders run out 7-0 victors in Lens thanks to a Kylian Mbappé quintuple.

The 34-year-old defender, a PSG ultra himself as part of the Collectif Ultras Paris, had notably scored in the sixth-tier side’s win in the previous round over Wasquehal. He explains that this week, he was able to claim Mbappé’s shirt at half-time. With Mbappé having been named the PSG captain for the evening, Zmijak found himself signing the team sheet with the forward:

“You try not to look impressed, but you’re finding yourself signing the same team sheet as a guy who was scoring a hat trick in the World Cup final a month ago.”

Zmijak explains that he found Mbappé to be open and relaxed to speak with, and that the forward kept his promise when he handed him his shirt at half-time. Despite receiving offers online for the shirt that the World Cup winner scored his first career quintuple in, Zmijak insists that the shirt is for his daughter and that he will be holding on to it.

The veteran defender also describes Neymar as “a top guy”, explaining that the Brazilian gave away his two shirts at the end of the match and then gave his coat to Zmijak’s daughter. He also praised Marquinhos, who on seeing that one of the Pays de Cassel players was left empty-handed went to find Renato Sanches’ shirt to give him.

PSG in talks with Lyon over Rayan Cherki transfer

Emmanuel Petit & France 98′ team: “Didier Deschamps is no longer in contact with us.”