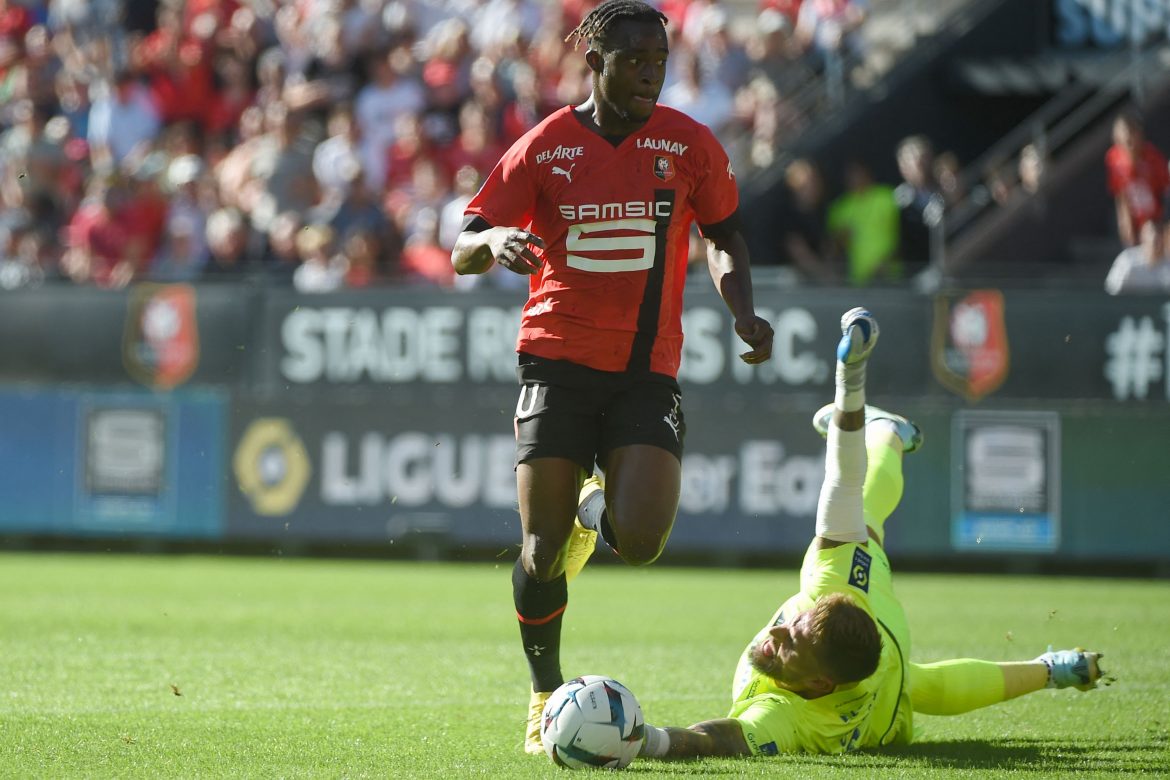 Rennes wide man Kamaldeen Sulemana has been the subject of two offers, from Southampton and PSV Eindhoven, both of which have been turned down, according to L’Équipe this afternoon.

Both clubs bid €17m for the Ghanaian international, although the Dutch side’s offer was structured as an initial €15m along with €2m in add-ons, whereas the Premier League side’s offer excluded any bonuses.

The 20-year-old, who has one goal in 13 appearances this season after finding the net four times last year, and a lack of game time has led the winger to consider his future. Rennes, though, are intent on keeping hold of him given their injury crisis in the forward spots – with star man Martin Terrier notably out of action until the end of the season, while Arnaud Kalimuendo also faces a spell on the sidelines. Everton are also said to be interested in the winger, whose contract expires in 2026, should their pursuit of Arnaut Danjuma come to nothing.