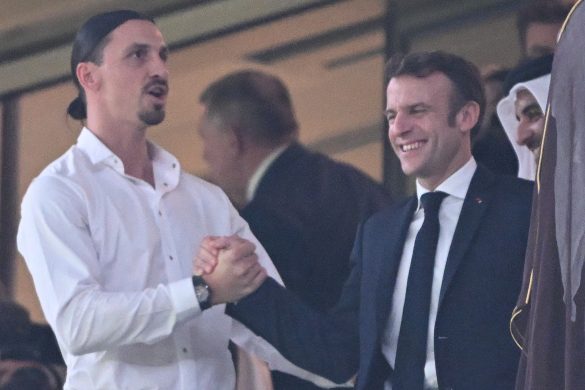 Former Sweden international striker Zlatan Ibrahimović (41) is certain that PSG and France free-scoring Kylian Mbappe (24) will win another World Cup following the heartbreaking loss against Argentina in last month’s final in Qatar. In an interview with France Inter, the larger-than-life forward explained that he knew that Argentina would win the World Cup, “because if you want to remember the Qatar World Cup, who should win it ? Lionel Messi“, who he considers the best player in history.

Ibrahimović, who is still under contract with AC Milan, said he felt sorry for Kylian Mbappe, who scored the second-ever World Cup final treble after England’s Geoff Hurst in 1966 and became the first player in history to score four goals in football’s biggest showpiece. But according to the Swede, the 24-year-old will certainly add another World Cup to his name after the 2018 triumph in Russia. Ibrahimović went on to speak his mind, in typical Zlatan style, about the exuberant and sometimes over-the-top celebrations from the Albiceleste players. “They will not win anything else. Messi will be remembered, but the rest that behaved badly… we can’t respect that.”

Ibrahimović added that he believes those wild scenes in Argentina’s dressing room and back home in Buenos Aires were a sign that the Argentina squad won once, but that there wouldn’t be a second title for them, “because that’s not a way to win“.